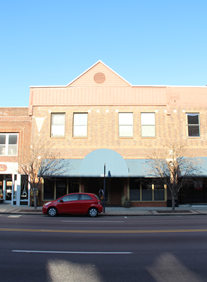 In 1924 - nine decades ago - Guy C. Lee Manufacturing began as a small company that did millwork and made doors and window sash. The business was started by Guy C. Lee (for whom the company is named), and was located in a former blacksmith shop in the heart of Smithfield. Today, GCL Building Materials has facilities across the state of North Carolina, and one in South Carolina. It also maintains its own millwork division in Selma, NC.

The company was incorporated in 1953, and later purchased by Ross W. Lampe in 1959, a son-in-law of the founder.  A graduate of North Carolina State University, Mr. Lampe holds a degree in Engineering.

Ross Lampe has had active roles in both civic and trade organizations. He served as president of Smithfield Industrial Park. He was a director of the Greater Area Chamber of Commerce, president of the Country Club of Johnston County, and chairman (for 13 years) of the Smithfield Housing Authority. Mr. Lampe served as president of the Wood Fiber Marketing Corporation, and was a past president of both the Eastern North Carolina Lumber Manufacturers Association and the Carolina Lumber & Building Material Dealers Association. Chairman of Southern Forest Products Association (SFPA) and chairman of Southern Pine Inspectors Bureau (SPIB).